F.A.T.E. is an espionage and counter-terrorism agency. The acronym stands for Federal Agency of Tactical Espionage. F.A.T.E. was established as a covert agency late in the 20th century when it became clear that criminal organizations were planting roots in the heart of suburban America. To counteract this threat the government set up several organizations that would train and utilize agents who could appear innocuous.F.A.T.E. employs elementary students, highly trained, but oft overlooked, elementary students, throughout the country, especially in areas where the criminal organizations were most prevalent. The agency’s most persistent enemy is G.H.O.U.L. (see below).

F.A.T.E. is led by a figure known only as Sir. He is only seen in shadow and norecords of his name or personal details can be found. Sir oversees the entirety of the F.A.T.E., placing managing directors at strategic locations to handle the day-to-day efforts. He does however take notice of promising agents like Secret Agent Sofia. 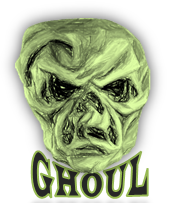 Much like a definition of it name G.H.O.U.L. (Global Harbingers of Unlawfulness) is composed of persons who revel in what is revolting, people who are morbidly interested in death or disaster. The organization primarily does this by attacking the framework of society; sewing dissention, creating and dispensing illegal drugs,infiltrating the educational system. G.H.O.U.L. has been stymied by F.A.T.E.agents again and again. Bitter about its defeats G.H.O.U.L is bent on the destruction of F.A.T.E.

Jackson, younger brother of Sofia. At almost 2 he is an annoyance to Sofia,always trying to tag along. He is also a pretty darn good basketball player (for a 2-year old) and a wiz on electronics.

Agent Phoenix is a promising young canine assigned to work with Agent Sofia. As an adorable little Pomeranian, Agent Phoenix uses her cuteness to distract her targets. She has a good nose for clues and a great attitude, but she is still a puppy so both potty and agent training remain important.

Agent Brooke is Sofia’s best friend and frequent partner. They

developed teamwork while cheerleading that has helped them on many cases. Agent Brooke is steadfast and loyal, hard-working and hard-hitting. Whether it’s on the sidelines at a football game or tracking bad guys in the field, Brooke is a person you want on your squad.

Twin brother of Agent Brooke, Agent Nick is equally at home in the lab, researching collected material, and in the field, thwarting criminals. Nick is known for his boundless energy and his willingness to lend a hand to anyone in need.

More Agents and Enemies to come!